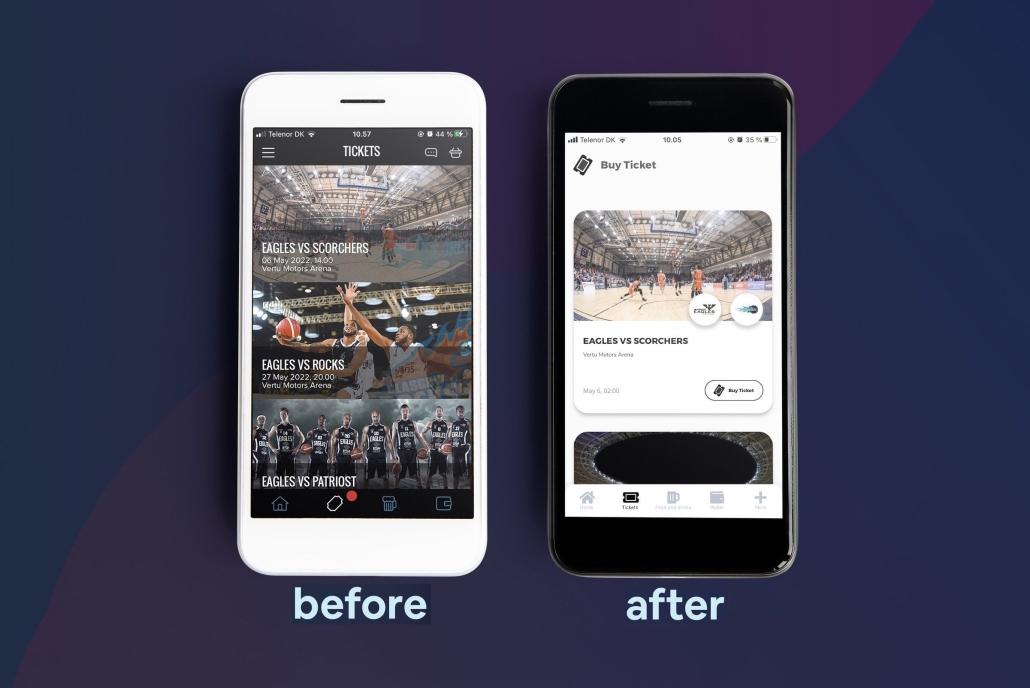 The Venue App has been through an extensive renewal, during which the entire app has been coded from scratch and the design has been considerably refreshed. – We were proud of the functionality, but it looked old-fashioned, says Product Manager Mathilde Kjerulf Ravn, who has been at the forefront of the app project.

Even though the app is only five years old, it is easy to recognise that the new version looks more modern. – Much prettier and more modern, Mathilde calls it, clearly well-satisfied with the result.

The functionality of the Venue App has been preserved, but it has been optimised in several areas. Where clubs previously had to select one image to represent all season ticket types, in the new version one image per ticket type can be selected. This makes it easier for the user to distinguish their adult ticket from a child ticket. At the same time, the clubs can promote each type of ticket differently and, for example, introduce sponsorship spots on regular season tickets. This increases the chances of activating sponsorships.

In the navigation menu at the bottom of the app there was previously only room for five shortcuts. Now customers can choose as many as they want and can prioritize which ones appear on the first screen. The rest are found under ‘more’.

It is now also easier for scanner staff to read the type of ticket on the digital ticket. The new version shows a coloured frame around the ticket’s QR code in addition to the text. This makes it easier to keep track of whether the user of a children’s ticket is a child or to ask to see a student ID when the user shows a student ticket.

Another renewal lies in the code for the app itself. Instead of having to code in different versions for iOS and Android, the app is made for multi-platform use via Google Flutter. This makes the app’s architecture more streamlined and robust. At the same time, it is easier to make adjustments that have an impact on all the different platforms that are used. It also ensures complete consistency between the user experience on iOS and Android.

The new version of the app has been partly tested internally by Venue Manager’s people, and partly tested by customers who have signed up for our testing programme. It is adapted to each individual customer and will be rolled out continuously throughout the spring.